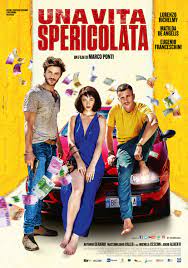 Roberto Rossi is unemployed, his house was foreclosed and his girlfriend has left. On the verge of bankruptcy, he goes to the bank to ask for a loan but, by a series of coincidences, is mistaken for a robber and he is given a bag full of money. The money, however, does not belong to the bank. Thus, Rossi and his best friend BB find themselves hunted by a revenge-hungry dark lady and a corrupt cop. They are joined by a young actress, hoping for the media scoop to get back on top. Public opinion is in their favor during their escape escapades.