To purchase tickets online, go to: 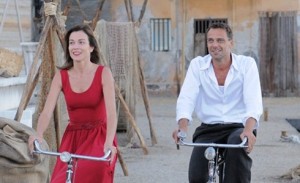 It is the spring of 1945, at the end of the war, the former partisan Leonida Bongiorno returns to the Sicilian island of Lipari. Shortly thereafter, Benito Mussolini’s daughter, Edda Ciano disembarks on the island where she has been sent in forced confinement. What follows is an unpredictable and beautiful love story.

Both movies will begin at 7PM.

This is all contingent on latest COVID-19 rules.